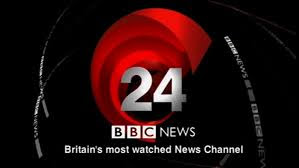 The BBC have admitted to not challenging Andrew Lansley on two donations he accepted from individuals in private healthcare, yet fail to accept any wrongdoing.

When Andrew Lansley unveiled his plans to restructure the NHS and increase the opportunities for private healthcare providers, it would be reasonable to expect alarm bells to ring inside the heads of journalists. Yet as the Health and Social Care bill was being debated in parliament with accusations of privatisation shouted from all and sundry, the BBC remained silent.

His connections
When shadow health secretary, Andrew Lansley accepted donations to run his office from two individuals connected to private healthcare. In 2008 he received a donation from Julian Schild, who owned hospital bed-makers Huntleigh Technology, the largest manufacturer of NHS beds. The other donation came from John Nash, the then chairman of Care UK, who gave £21,000 to fund Lansley’s personal office in November 2009. Hedge fund boss John Nash, now a Lord, is one of the major Conservative donors with close ties to the healthcare industry. He and wife Caroline have given £276,000 to the party since 2006. Mr Nash is also a founder of City firm Sovereign Capital, which runs a string of private healthcare firms.

In addition, Andrew Lansley’s wife, Sally Low, is founder and managing director of Low Associates (“We make the link between the public and private sectors”). A Daily Telegraph report in February reveals that the Low Associates website as having pharmaceuticals companies SmithKline Beecham, Unilever and P&G among its clients.

Yet, despite this information being published in other media, the BBC in an extraordinary journalistic failure, failed to highlight these clear conflicts of interest. The lack of exposure would have been absolute had it not been for one article written in 2008, which touched on the Huntleigh bed Ltd connection.

Response to complaint
The complaint came about following a search on the BBC site in all areas, and on the search engines for stories by the BBC on the subject of Lansley and the donations. There was nothing. Yet, this remarkable and gross dereliction of duty, was brushed aside by the BBC, who following a complaint made by Social Investigations, denied there was any issue over their coverage:

‘I understand that you believe we've neglected to highlight issues surrounding Andrew Lansley and allegations that he received money from Care UK Chairman, John Nash as well as Julian Schild…Although I appreciate your concerns, choosing the stories to cover is a subjective matter and one which we know not every viewer will feel we get right every time. Factors such as whether it is how much national interest there is in the subject matter will all play a part in deciding the level of coverage and where it falls within a bulletin.’

This response is appalling. The ‘allegations’ as this letter suggests, are actually facts that other newspapers were able to publish. In addition, surely when the health secretary and author of the Health and Social Care bill has had his office funded by individuals linked to private healthcare, he at the very least would expect to be challenged and disbelieved on his motives until proven otherwise. This is especially important, given the bill he wrote is about to substantially increase the amount of private healthcare involvement in the NHS. I think this can safely fall into the category of ‘national interest.’ As Media Lens pointed out in their alert titled: ‘People Will Die’ - The End Of The NHS. Part 2: Buried By The BBC – ‘The BBC has a duty, enshrined in its Charter, to report objectively on stories of national and international interest.’
Indeed, now that we see the likes of Serco and Virgin grabbing chunks of the service, it only amplifies what we the public suspected all along. Andrew Lansley, big business and the front men of the Conservative party, want to hand over the NHS to the corporations that sit in the House of Lords and Parliament. We now know that 1 in 4 Conservative Lords have financial interests to companies involved in private healthcare, who despite these conflicts of interest, were able to vote on Lansley’s bill. We also now know that over 50 MPs have these same interests, most of which are Conservatives.

It’s not as if there wasn’t any chance to bring it up. When Mr Lansley was confronted by campaigner Jean Hautot outside the gates to Downing Street, he was forced to defensively say: "The NHS is not for sale, there will be no privatisation." Yet, even in the article written on this incident, the BBC failed to challenge him. One of literally hundreds of missed opportunities to hold the Health Secretary to account.

BBC lack of trust
Trust in the BBC is not improved when we learn from the Telegraph that the BBC spent £2.2 million of public money on private healthcare for hundreds of senior BBC staff between 2008-2010. Neither does it help having the Lord Patten of Barnes as Chairman of the Trust. The Trust is responsible for ensuring standards such as impartiality and fairness be maintained in the public interest. The Conservative Peer is a member of the European Advisory Board for a private equity investment company called Bridgepoint. The private equity firm which has been involved in17 healthcare deals over recent years Eight of these companies remain as their current investments, which include four in the UK at a combined investment worth over £1.1 billion. One company acquired by Bridgepoint was residential care company Care UK, whose chairman was the person who donated to Lansley.

The Executive Board, which oversees the ‘operational management’ for the delivery of services agreed with the Trust, has a Dr Mike Lynch sitting on the board. Media Lens revealed how Lynch is a ‘non-executive director of Isabel Healthcare Ltd, a private company specialising in medical software. He is also a director of Autonomy PLC, a computing company whose customers include Isabel Healthcare, Blue Cross Blue Shield (a health insurance firm), AstraZeneca, GlaxoSmithKline, and several other pharmaceutical companies.’  In addition he is on the advisory board of investment company Apax Partners, which is a leading global investors in the Healthcare sector’.
So the BBC could do itself some favours. Drop Chris Patten and Dr Mike Lynch from their respective positions. If the public say you are not doing a good job, don’t dismiss it as a belief and the next time Andrew Lansley speaks about the NHS, challenge him on his donations from healthcare company individuals set to benefit from the bill he produced. Indeed, by failing to challenge Lansley from when he became Health Secretary up until when the Health and Social Care bill became an Act, the BBC has let down not only the people they are meant to inform, but also themselves.