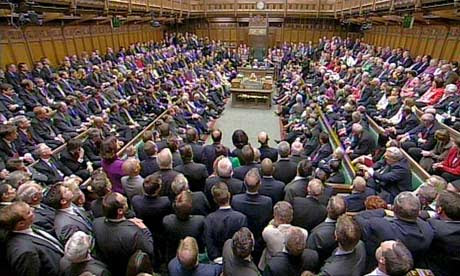 A current petition on the No10 website has highlighted a flaw in the rules that allows MPs and Lords to vote and debate on legislation that may gain revenue for a company that either they own, which employs them or donates to their office.

If you are a local councillor such interests would debar you from a vote and debate at the discretion of the chamber. Now that the petition has reached over 10,000, the government has been forced to respond, so how do they justify such a difference?

The petition made several demands.

i. No member of Parliament may speak or vote in a debate on legislation which could financially benefit any commercial operation in which they have a financial interest;

ii. No member of Parliament may speak or vote in a debate on legislation which could financially benefit any commercial operation which has made - or currently makes - donations to themselves personally or their political party.

In response the government stated that it would “not be practical” to prevent Members speaking or voting on legislation which could “financially benefit any commercial operation in which they have a financial interest” or which has made “donations to themselves of (or) their party”. The reason? Because a “significant number of legislative provisions in any year may have beneficial financial implications for all or most commercial operations.”

In terms of donations to the party, as a whole, then this is probably correct. For example, if a person connected to a private health company gave money to a political party, it may make a member of the public mistrust the party, especially if they then go on to win contracts but it is unreasonable to think that this would be enough to debar the entire party from voting on any legislation on legislation that may have an affect on private health and would bring Parliament to a halt.

However, the government claims that it would “not be practical” to prevent a MP from voting with a financial interest is absurd and arrogant. The government says there are many “questions” as to how such a “complex requirement” could be “policed effectively”?

Well, they need look no further than the rules that apply to councillors at a local level. Any prejudicial interest held by a councillor would debar them from a vote and indeed a debate depending on the acceptance of the Chamber.

This current situation suggests that MPs and Lords are somehow more able to separate their public duty from their outside interest, which is patently absurd. Given the level of commercial interests that exist in parliament, the need to change the rules to match those at local level is obvious.

Take Baroness Cumberlege, the Conservative Peer and former Health Secretary. She owns a company that she moved into a position to gain revenue from the new Commissioning Groups, a key component of the Health bill on which she voted. The legislation goes through thanks in part to her vote and she ends up winning small contracts for providing courses to some of the new Commissioning Groups. It’s okay though, because she put her business interest in the Register.

Over 200 parliamentarians had recent or present financial interests to companies or individuals involved in healthcare at the time of the Health and Social Care bill. They were all able to vote, despite these interests. Further research has confirmed that some of these companies attached to Lords either by employment or donations, have gone on to gain contracts in the new NHS.

The fact of the matter is that in their current form, the rules allow any MP or Lord to vote on legislation that may open revenue opportunities for the companies that employ them or donate to them. The rules are different for local councillors who manage to police such matters adequately.

Until MPs and Lords are debarred from a vote when they have a prejudicial interest, then every time they place their vote it will be difficult to know whether their action was in the interest of the public or the corporation that employs them.

The government will always resist further scrutiny, just as they did when a proposal was made for a Register of Interests back in 1974. I leave you with this:

“Should the public know of our outside interests? My answer strictly speaking, is ‘No’. Why should they? There is no opportunity for corruption and precious little opportunity for influence…We are not crooks and we want it to be seen that we are not crooks. We are in the public eye and we hold jobs, which in the eyes of the public are very important. Conservative MP for Lowestoft, James Prior 22nd May, 1974 http://hansard.millbanksystems.com/commons/1974/may/22/members-interests

The full petition can be seen here where you can also sign.
1 comment:
Email ThisBlogThis!Share to TwitterShare to FacebookShare to Pinterest
Labels: 'Cumberlege', 'House of Commons vote', 'House of Commons', 'Parliament rules', 'petition', 'register of interests', 'vote'

A new set of communications has brought into question the neutrality of the Association of Chief Executives of Voluntary Organisations (ACEVO), on the outcome of the Health and Social Care bill.

When the Health and Social Care bill came to a shuddering halt following widespread rejection across the medical profession, the government paused the process to set up a Forum in what turned out to be a faux ‘listening exercise.’

The head of the ‘Choice and Competition’ element to the Forum was Sir Stephen Bubb, the Chief Executive of ACEVO. Sir Bubb’s preference for competition in the NHS was no secret; he openly called for the “health and social care market to be opened up” and consistently voiced his support for more competition.

However, throughout the period of the farcical ‘listening exercise’, ACEVO said they did not take a position on the Health and Social Care bill, and were neither for it or against it. This view was repeated in March 2012 when they said "ACEVO has not taken a position on the controversial health bill as a whole."

The email
However, a Freedom of Information request has unearthed an email written on the 17th August 2011, just after the ‘listening’ period that brings this statement into serious doubt. The author of the email is unknown because the name was redacted. The person thanked David Bennett, the head of the NHS regulator Monitor, for a ‘roundtable summary.’ It stated how it was good to see…that so many participants…place ‘choice’ at the top of priorities for Monitor.’ If ACEVO were not taking a position on the Health bill, then why are ACEVO in an email to Monitor saying it is 'good' people at the meeting were placing 'choice' as a priority for Monitor. Surely, if they do not take a position such a priority would be neither good nor bad as far as ACEVO are concerned.

Furthermore, the author of the email also suggested Monitor hold a 'desecrate' (discreet) meeting with ACEVO members to 'bounce ideas off and sound them out on reform and competition'. Why was it suggested to make this meeting discreet?  What did they have to hide?
ACEVO did indeed attend a roundtable meeting with Monitor hosted at the offices of the Royal National Institute for the Blind, with representatives from voluntary organisations that included CEOs from Asthma UK, Action on Hearing loss and Diabetes UK. The purpose of the meeting was to discuss the new regulators' new role and purpose'.

Lobbying letter
This email follows on from the recent revelation uncovered by Social Investigations that Sir Stephen Bubb had teamed up alongside private healthcare trade and lobby group, the NHS Partners Network to urge Jeremy Hunt not to water down the secondary legislation, S.75 privatisation regulations. The letter carried the ACEVO logo, which strongly suggests this lobbying letter was in agreement with ACEVO and not Sir Stephen Bubb acting alone. Acevo are not ambivalent to the outcome of the the Health and Social Care bill, but have actively lobbied to ensure competition remains a key component of the new NHS.

ACEVO have twice been contacted to answer questions on their neutrality and have so far refused to answer.


Questions
The questions are below and we welcome a response at any time.

1) If ACEVO were not taking a position on the Health bill, then why are ACEVO in an email to Monitor saying it is 'good' people at the meeting were placing 'choice' as a priority for Monitor. Surely, if they do not take a position such a priority would be neither good nor bad as far as ACEVO are concerned?
2) Also, the names are redacted - who wrote the email?
3) The author of the email also suggested Monitor hold a 'desecrate' (discreet) meeting with ACEVO members to 'bounce ideas off and sound them out on reform and competition'. Why was it suggested to make this meeting discreet?

4) The letter is sent with the ACEVO logo on it. It is therefore logical to assume, this position is that of ACEVO and not Sir Stephen Bubb. Is this the case?

5) Was this letter written by both Sir Stephen and David Worskett?

6) By sending this letter out on behalf of ACEVO, is it right to assume members of ACEVO were contacted about this before the letter went out? If not, then is it normal practice to send out lobbying letters on behalf of the membership without consent?

7) Finally, I have looked for your membership list but it appears to be hidden. Why is this, given the moves towards transparency? In http://www.acevo.org.uk/Page.aspx?pid=2150