The Head of a voluntary association who was a key member of the Future NHS Forum during the government’s ‘pause’, colluded with a private healthcare lobby group to agree a message, promoting the benefits of competition in the Health and Social Care bill, a newly discovered document has revealed.

When the government decided to take a ‘pause’ in response to the increasing resistance to the Health and Social Care bill being rushed through parliament, the Department of Health set up the NHS Future Forum to front the so-called ‘listening’ exercise. The participants in the forum, were made up of individuals from across the NHS spectrum, without private sector inclusion, however, a certain Sir Stephen Bubb, was appointed by David Cameron as chair of the group on choice and competition.

Sir Stephen Bubb is head of the Association of Chief Executives of Voluntary Organisations (ACEVO), which had been campaigning for a bigger role for the voluntary sector in the public services, a key part of Conservative party’s ‘Big Society’, mantra. Mr Bubb, had according to the newly released book by Nicholas Timmins ‘Never Again?’ - been in touch with Andrew Lansley before the ‘pause’, to see what could be done to promote the idea of ‘voluntary sector providers in the reforms’

His appointment according to the Timmins book, was requested by Health minister Simon Burns, who asked him to ‘chair the competition work group.’ The eventual clearance for his position came from No10, which was presumed to be David Cameron. His appointment was canny, because the private sector were unable to get into the forum as members and Mr Bubb’s role for increasing the voluntary sector’s involvement in the ‘choice’ process, crossed over with the same desire’s of the private sector. His involvement as pro-competition spokesman did indeed go far beyond the voluntary sector he represented. The newly discovered document handed to Social investigations, reveals his collusion with the director of the trade and lobby group, the NHS Partners Network, which took the form of an agreed set of tactics.

The document titled: NHS Partners' Network: Director's update on the NHS Reforms was produced on the 20th May 2011, just as the ‘listening exercise’ was coming to a close. The document was written to bring together the various lobbying processes that had taken place throughout the period and was meant for members eyes only. Under the title ‘in terms of direct discussion’, David Worskett the director of the network informs us of how, early on in the pause, he had one ‘lengthy’ discussion with Sir Stephen Bubb at which ‘we agreed on the approach he would take, what the key issues are, and how to handle the politics.’ He has, he concluded, ‘not deviated from this for a moment throughout the period.’ The listening exercise it seems was fully underway. 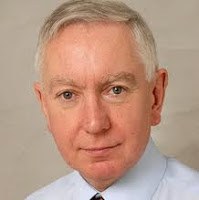 This damning statement, confirms what Mr Worskett said, as revealed in Mr Timmins book that ‘throughout the forums deliberations, Bubb was “our only real route in”. He “fought valiantly to ensure that an element of competition remained in the system”, resulting in what David Worskett saw as a “pretty pro competition…and that was mostly, though not entirely down to Steve Bubb.”

Indeed, not only did Mr Worskett get through to Mr Bubb, but so too did other members of the network. According to the second bullet point of direct discussions, ‘a number of members secured individual meetings with him, thus reinforcing and validating the messages.’ Not content with this, a second ‘lengthy meeting took place in May 2011, a week before the network document was written, which took place under the ‘auspices of "Reform"’, the right-wing think tank, according to the update. The discussion involved other ‘all like-minded’ people and included ‘David Bennett’, the chair of Monitor, the industry regulator, who he claimed had also ‘consistently taken ‘the same line throughout.’

The connection to Reform is important. The deputy director of the right wing think tank, Nick Seddon is connected to an orchestration of the Telegraph's editorial by Mr Worksett, according to the document, promoting the benefits of competition. The story of the Telegraph's involvement is explored here...