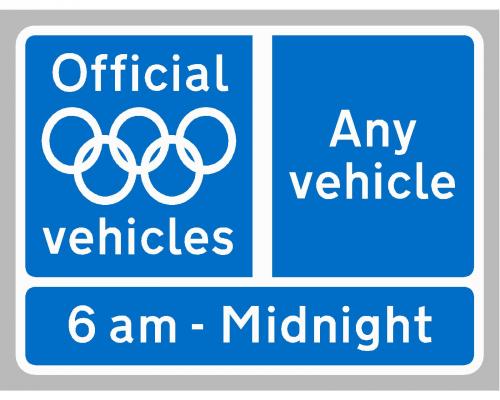 For security reasons there will be no commercial flights within 18 miles of the Olympic stadium for the duration of the Games. This will mean that VIPs and heads of state will not be able to use their preferred mode of transport - the helicopter - they will have to slum it with the rest of us on the roads.
Except they wont be slumming it. They will be traveling in their own VIP lanes, aka Games Lanes, which Transport for London expect to carry 1,000 vehicles per hour at peak times.

On roads with two or more lanes, the outside carriageway will be declared a Games Lane, for the sole use of members of the “Olympic Family”, and VIP sponsors, along which they will travel in some 4,000 cars shipped from Germany by “Greenest Olympics Ever” sponsor, BMW.

To avoid delays to VIPs ordinary drivers will not be permitted right turns across the Lanes. TfL were unable to comment on the length of detour right-turning drivers will have to make.
Inconvenience to the Olympic Family is also to be minimised by the “suspension” of 48 “signalized junctions”, closure of 50 side roads, closing of pedestrian crossings, and the daytime suspension of parking and loading along the Olympic Route Network. Electronic devices are to be located at traffic lights and fitted to the fleet of BMWs to ensure VIPs a green-light-journey.

INRIX, a company which specialises in traffic information, warns. “Londoners need to be prepared for a huge volume of traffic in the city that they are unlikely to have experienced previously.”

While red carpets and green lights are being rolled out to speed important folks between their 5 star hotels and Olympic venues, ordinary Londoners will suffer considerable inconvenience. Black cabs, mini cabs, bicycles, buses, and non “accredited” cars will be banned from the VIP Lanes. Infringement of the VIP space will carry a fine of £200.

Emergency vehicles will be allowed in the Lanes only when on an emergency. For ordinary Londoners simple tasks such as picking kids up from day care is likely to turn into a time consuming nightmare.
A comment in a report produced by the London Councils highlights some of the problems.
“Small businesses, in particular, may need support to cope with the additional demands of the Games. For many, it will be simply too expensive (to employ staff overnight) or too difficult (for perishable goods, or where there is a lack of storage space) to reschedule their deliveries. These businesses are often those that are run, or relied upon, by local residents.”

But the practical consequences of the Games Lanes are a lot less interesting than their social implications. While VIP culture may be woven into fabric of life in West London it is not so in the host boroughs of Newham, Tower Hamlets, Hackney and Waltham Forest. According to the organisation End Child Poverty, these boroughs have some of the highest levels of poverty in the UK.

Undercover journalists working Channel 4’s Dispatches revealed that various tour operators are selling £20,000 Olympic tickets, which include access to to the Games Lanes.

Dispatches also leaked conditions contained in the Host City Contract which states that the International Olympic Committee’s BMWs must be chauffeur driven. Their drivers must wear a hats, and the 5 ringed Olympic flag should take precedence over the national flag.

Considerable effort has been put into presenting the Olympic Project as a generous gift to the poor folks of East London, who, Olympic orgainisers claimed, would benefit from jobs, training, sporting facilities, and housing etc.

Since London won the bid these claims have have revealed themselves as largely hollow, and during a time of austerity the Olympics is looking more like an enormous waste of resources than a gift.
The claims of government, bankers, and business leaders that we should pay for their mistakes, loose our jobs, or take pay cuts, look less credible when money can be found to bail out bankers and pay for the construction of a £9billion Olympic venue used for only 17 days, while ostentatiously catering for VIPs.
The chauffeurs, the hats, the 5 star hotels, and the hierarchy of flags seem entirely consistent with the concept VIP lanes, and the values of our political masters. They will carry members of an elite social class, in luxury cars, on roads we are banned from using, between the best seats at venues we paid to build, and to and from the plush hotels we are paying for them to stay in.

Unlike other facets of the Olympic project, what is different about the Games Lanes is the difficulty of disguising them as somehow to the advantage of ordinary Londoners. As such, in comparison to other facets of London 2012, they are refreshingly authentic - no nonsense elitist privilege.

Within our culture the roads have always been an egalitarian space, open to a person on foot, on bicycle, or driving their Rolls Royce. We have all shared the cut and thrust of that space equally. The Games Lanes change this. They are the physical manifestation of class divide, and represent the injustice embedded in the Olympic project, and also in the current system of national and global economic mismanagement, which benefits a small minority. They are the enforced privatisation of public space for a favored minority.

In signing up to the Games Lanes our maladroit politicians demonstrate a stunning lack of social understanding and sensitivity, and may have painted themselves into a corner, as they can’t help but make a show of providing for, and protecting their own class, by putting huge numbers of boots on the ground. Current estimates of military, police and private security (G4S) stand at 49,000 personnel, who will outnumber athletes by more than 3 to 1.

With the possible exception of their chauffeurs, VIPs will be able to move from their luxury hotels in London’s West End without having to come into contact with local people. They will be seamlessly transported from one sanitised environment along a red carpet corridor, to another sanitised environment, their very own VIP area within the Olympic venue, which is entirely surrounded by a 5,000 volt electric fence. Rather then being "inclusive" as Olympic chiefs have claimed, the London Olympics stand as a template for class divide, the question is what message does this send to the rest of the population?

Reading the Riots, a report by the Guardian and the London School of Economics into the causes of the 2011 disturbances comments that ... “many of those involved said they felt like they were participating in explicitly anti-police riots. They cited ‘policing’ as the most significant cause of the riots”. The report continues ... “Rioters identified a range of political grievances, but at the heart of their complaints was a pervasive sense of injustice”. The Games Lanes, as a visible sign of an unequal society, can only consolidate perception of injustice.

The Guardian also give an account of a report seen by councilors in another host borough, Waltham Forest, which shows the security services have a broad list of Olympic suspects which include ...
"a high-level threat of AQ-inspired extremism from males aged between 20 and 38. The individuals of interest to the police are predominantly British-born second and third-generation migrants from south-east Asia.”

The report comments that ... "perceptions of inequality driven by relatively high deprivation levels, particularly within Pakistani communities", "experience of criminality due to high levels of crime and strong gang culture", and "possible radicalisation within family structures".

"'jihadi cool' possibly linked to macho gang culture".
According to the Guardian the report also ...

“acknowledges the growth of far-right extremism and admits there is ‘growing discontent on local benefits around the Olympics’". 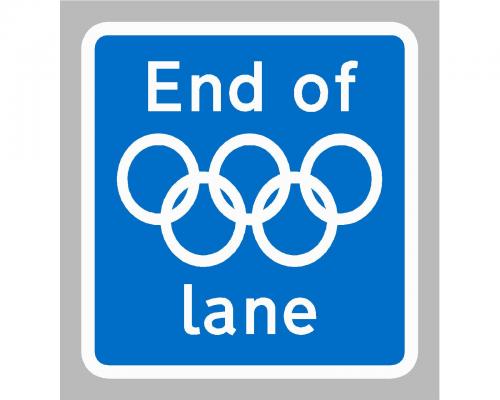 But the more the host boroughs are “policed”, the more, the animosity which fueled the flames of the 2011 riots may be reignited. The Lanes, and the London Olympics in general, could easily become the focus of dissatisfaction and anger, to youths who live in the host boroughs and are subjected to over zealous policing by security personnel who’s remit of suspicion covers almost everyone but a wealthy minority.

The ballooning 2012 security operation will include the involvement of special forces, snipers in helicopters, , battleships on the Thames, drones in the skies, and the stock piling of rubber bullets. This doesn’t have a flavor of diplomacy and soft force, which would be more appropriate.

But it isn’t just youth who are disillusioned with the current political and economic status quo, ordinary folks with a sensitivity to inequality and injustice are disgruntled. The choice of sponsors for London 2012 reads like a who’s who of corporate criminals, especially Dow Chemical and BP, who’s involvement with the

Games has ruffled more than a few feathers. MPs’ expenses, and the daily litany of choices made in the sphere of public spending, which has recently seen the PM approving an extra £40million for the 2012 opening ceremony, clearly demonstrates the dissociated mindset of the ex-private school boys running the nation.

The 2012 Games are different to other Olympics. Sydney 2000 was before 9/11, Athens 2004 was not in a time of austerity, and Beijing 2008 was not in a “democracy”. London 2012 is taking place post 9/11, in a time of austerity, when inequality has never been as stark, in a brave new world of surveillance and securitisation. 2012 is a year in which the the world’s elite are feeling insecure due to uprisings and social unrest in numerous nations. That elite is coming to London, and they expect to be treated like kings and queens, with our roads turned over for their sole use, while whole populations are disillusioned and angry.