Are the Lords breaking their own rules? Lord Chadlington - Three Lords, One Company and a Democratic Failure.

The Lords are about to read through the Health and Social Care bill (H&SC), and this time they are looking at the elements within the bill that deal with ‘competition.’

The H&SC bill has been controversial from the start, in part because no mandate for the ‘reforms’ was offered to the public by either of the two parties who now form the coalition government.

Now, the bill is in the hands of the Lords, who through expert eyes will discuss and vote for various amendments placed before them, which we would hope would be conducted in an unbiased and considered way. 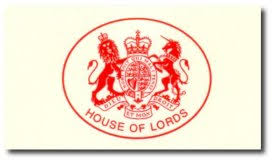 141  of the Lords have financial interests in private healthcare companies.


Now here is a key point: In the Code of Conduct for Members of the House of Lords it states under General Principles:

'14. A Member must not act as a paid advocate in any proceeding of the House; that is to say, he or she must not seek by parliamentary means to confer exclusive benefit on an outside body or person from which he or she receives payment or reward.'

24. The “exclusive benefit” principle would mean, for instance, that a Member who was paid by a pharmaceutical company would be barred from seeking to confer benefit exclusively upon that company by parliamentary means. The way in which the benefit is conferred should be interpreted broadly. All proceedings of the House are included, for instance:
• tabling a motion or an amendment to legislation;
• voting in a division;
• speaking in debate;

These Lords are set to decide the future of our National Health Service. And the question is should they be allowed to have outside interests that may affect their decision-making process. This ‘conflict of interest’ is exactly why the compilation of Lords and MPs created such anger, spreading throughout twitter and the Internet, because people feel these connections are not right, and are not good for democracy.

Part of the campaign to highlight this list has now reached the Lords themselves who are beginning to reply to the list presented to them: One such reply came from Baroness Barker, a Liberal Democrat peer. Although she is personally not on the list, she replied to Social Investigations with this message:

‘Please supply your evidence that any of the people named below who have taken part in the Health and Social Care Bill have failed to declare their interests as they are required to do.
Please supply your evidence that the individuals named below have furthered their own interests. Please supply as much detail as you have.
Thank you,
Liz Barker’
Seventy-seven Lords and rising with direct financial links to private healthcare companies who are about to vote on a Health and Social Care bill that may prove beneficial to the companies they have interests in, is not evidence enough. Although, it must be said we are not saying they ‘have’ furthered their own interests, what we are saying is that in a democratic society, they should not be in a position where they can further their own interests by voting on this bill.

‘Speaking on the libdemvoice.org website, Baroness Barker said: ‘The NHS is too important to be used like a political football and failure to give this Bill thorough and fair scrutiny would be condemned by the public, who have already shown an unprecedented level of interest in this legislation. I hope they will continue to follow the proceedings of the House closely and be alert to any signs of gamesmanship.’

Agreed. Let's take Baroness Barker’s advice and examine one Lord in a little more detail to see if there is any ‘gamesmanship’, and you can decide whether or not he should be voting on anything to do with the Health and Social Care bill.

Lord Chadlington is the founder and CEO of Huntsworth PLC, he also holds shares in the company, and has been a member of the House of Lords since 1996.

Healthcare Communications Association (HCA) is a non-profit organisation whose members are made up of pharmaceutical companies and communication agencies that work in the health sector. According to its website, it is run ‘by its members for its members.' It adds: 'It is now a high profile and influential player in the healthcare arena. It has sufficient influence and credibility to shape opinion and lead debate.’

One such member of the lobbying organisation is a communications company called Huntsworth PLC, who run a group of companies involved in ‘communications and lobbying.’

One arm of the group is Huntsworth Health, which operates in the U.S., Hong Kong, and Europe including here. Their website states how the company ‘provides a full continuum of consulting and communications services to the healthcare and well-being industry.’

One of Lord Chadlington's employees is Fiona Bride whose role at Huntsworth is the ‘director of market access.’ Her area of work is succinctly laid out on her personal profile page on the Huntsworth website: Fiona says she has: ‘expertise at leveraging commercial opportunities through market access at all levels of the NHS.’

In April 2010 Huntsworth Health’s director Fiona Bride chaired a meeting of the HCA, which looked at the ‘central role of commissioning in the NHS.’ Interestingly, the meeting took place two months before Andrew Lansley had released the white paper (Liberating the NHS), which since developed into the much maligned Health and Social Care bill.

Three months after the HCA meeting and in the same month as the white paper was released, Huntsworth Health acquired healthcare communications agency, ScopeMedical for £4.6m, thus expanding its health division. Lord Chadlington said of the takeover: "We are delighted to announce the acquisition of ScopeMedical," then added: "Healthcare is a major growth area and we are now very well positioned to take advantage of that growth with a fully integrated healthcare offering that supports the product lifecycle from discovery to patent expiry." It is not just Lord Chadlington that thinks his company is in a good position. Liberal Democrat peer Lord Alliance has shares in the company. The coalition is even closer than we realised.

Incidentally, Lord Chadlington is the Prime Minister’s constituency party chairman. They know each other well. Lord Chadlington paid £715,000 for a house next to Mr Cameron's last November; the home which Mr Cameron took out a £350,000 taxpayer-funded mortgage on. Lord Chadlington never moved in but sold David Cameron, a piece of the land at £137,000, which Cameron failed to declare.

The merry-go-round of politicians sitting in positions of power and working for corporations so that influence is increased is perhaps nothing new, but in the case of Huntsworth, they have truly had their fair share. Not only do they have Lord Chadlington as their CEO, but up until last year, they also had Lord Puttnam as a Director, and from 2001-03 Baroness Cumberlege was one of their non-executive directors.  Three Lords one company. Not bad.

Further connections between the lobbying company and the Conservatives were revealed in an investigation by the Independent, which showed the company had given money to the party over several years. Lord Chadlington had until recently denied there had been any payments, however, Electoral Commission records exposed this as a lie. Huntsworth gave £15,500 to the party in August last year and has given money every year since 2008.  Following the exposure, Huntsworth were forced to admit they had given money stating the money was given by buying tickets for ‘Conservative events’, a classic way for lobbying to take place.  Furthermore, Lord Chadlington, and his wife have personally given more than £20,000 to the local party since 2007, including a sum of £10,000 for his leadership campaign.

So, when Lord Chadlington (also known as Peter Gummer, the brother of John Gummer the former minister under John Major and fellow Lord) votes in the Lords, we know that anything he might say in the arguments for and against any amendments, will be clouded by the possibility of self-interest. Alongside this we need to consider to, the forty other Lords with financial interests and the prospect of the possible financial benefits the bill will present to their respective interests.

So there we have it. Three Lords working for one company who receive work from the NHS and through their membership of the Healthcare Communications Association act in tandem with pharmaceutical companies lobbying the government.

What do you think – Is it enough to simply register your interests? Should Lord Chadlington, alongside the other forty Lords with private healthcare interests be allowed to vote? Do you think Huntsworth Health have an unfair advantage because Lord Chadlington is at the helm, alongside two other Lords who worked for the company. Is he breaking the House or Lords own rules? If so then are the others, and does this mean their votes on the bill should be voided. Or do you agree with Baroness Barker, that such a tale does not provide evidence that ‘the individuals named below have furthered their own interests.’

Finally, under the Rules of Conduct:

'12. The test of relevant interest is therefore not whether a Member’s actions in Parliament will be influenced by the interest, but whether a reasonable member of the public might think that this might be the case. Relevant interests include both financial and non-financial interests.'


Therefore - You be the judge.