Chris Skidmore states he will defend NHS in abolition panel discussion, but will he?

Abolishing the NHS is a provocative turn of phrase, and one that would not pass the lips of any Conservative politician in public, even if that is their ultimate intent. Yet, a Conservative MP is attending an evening panel discussion today June 13th, with that very theme: ‘Should we abolish the NHS?’

The discussion, will be hosted by the Institute of Economic Affairs, (IEA) as part of their ‘big steps to a smaller state series.’ The IEA, is a free market think tank, and have already made their feelings on the NHS clear, in an article written by their deputy editorial Director Richard Wellings, titled: ‘How to abolish the NHS.’ The article, published in January this year, bemoans the ‘strong support’ that the public has for the NHS, and suggests that the powers that be ‘bypass the NHS by liberating the private healthcare sector so that the NHS became less and less relevant as more and more people opted out of state provision to avoid long waiting lists and substandard care.’

Leading the debate will be 5 panelists all of whom come from a position of supporting Andrew Lansley’s Health & Social Care bill, which is now an Act.

Panelist No1, is Dr Stephen Davies, who is the Education Director at the IEA. He has spoken widely on the benefits of privatisation in the NHS, including on BBC One’s the Big Questions, in February this year, explaining the ‘advantages’ of healthcare ‘liberalisation’. According to the IEA website, he claimed more commercialism in healthcare provision means ‘greater control over costs’ and that profit incentives lead to more efficient use of resources.’ The BBC has come under fire for their lack of coverage and challenging on the NHS and MPs vested interests, and they didn’t disappoint here, failing to demand the evidence to back up Dr Davies’s claims.

Panelist No2 is Professor Julian Le Grand of the London School of economics, and is also a fan of the bill, having spoken widely in favour of the changes. In a letter to the Guardian, in February this year, Mr Le Grand, stated: ‘With respect to the NHS bill, it is important that even those who generally prefer to rely upon their intuitions should avoid muddying the waters by accusing the bill of doing things that it does not, like privatising the NHS.’ The professor must be horrified then, when he sees companies like Serco becoming the single bidder for NHS support services, and the private companies controlling the CCG development process. 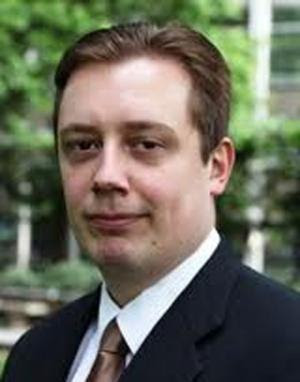 Panelist No3, is Mathew Sinclair, the Director of the right-wing, lower tax campaign group, the TaxPayers’ Alliance (TPA). ‘Britain’s non-partisan’ and ‘independent’ tax lobby group were the author’s of a 2008 report titled, ‘Wasting Lives’, in which it states the priority the government should place on private involvement in healthcare: ‘Perhaps the most important priority for reform of British healthcare is to increase the amount of competition within the health service.’  The TPA are consistently cited in newspapers, highlighting negative efficiency in the NHS, offering competition as the solution. For more of the TPA, view Spinwatch powerbase page here. Panelist No4 is Julia Manning, the Chief Executive of another self-proclaimed ‘independent’ think tank, called 2020health. However one look at their list of patrons quickly reveals what side of the healthcare fence they are on. In total, they have 4 patrons, all Peers from the House of Lords, and all with financial links to companies involved in private healthcare. In one case, one of the Peers, Baroness Cumberlege, put her company into an alliance led by accountant giant PriceWaterhouseCoopers, who were winning bids to develop the new Clinical Commissioning Groups before the Act had been passed.

Just in case you have any lingering doubts about their independence on NHS matters, then a blog article in the Daily Mail written by the think tank’s Chief Executive Julia Manning, should dispel any of those thoughts. The article titled: ‘Andrew Lansley must spell out the importance of private enterprise to the NHS’, tells us how ‘a significant problem for the economy is that confidence for investors in healthcare in the UK is being massively damaged both by the short-sighted, protectionist opposition to competition that is being driven by the health unions…The NHS has a track record of making flawed policy work, and it wouldn’t be where it is today without competition and private investment.’

We can be grateful at least that panelist No5 is a public servant, who by definition will be standing up for the people and their NHS. In fact, that’s exactly what Chris Skidmore the MP for Kingswood told me via a Twitter on my account. He replied in response to a request I put asking someone in his constituency to contact him to see if, ‘he wants NHS abolished?’ His response was reassuring: ‘I will be defending NHS during debate and its vital principle of free at point of use regardless ability to pay’.

Given the other panelists in attendance someone will need to; however, I question his authenticity. After all, Mr Skidmore voted for the Health and Social Care bill, which included an increase of up to 49% of NHS hospital bed and theatre time being given to private patients. On a personal level, he received a payment of £3,500 for 4 hours work - giving speeches to STAC Consultancy which specialises in the launch of pharmaceutical products, strategic branding and medical education. Chris Skidmore's family also owns a company called Skidmore Medical, which appears to be solely selling a physiologic Vascular testing equipment. The company made a donation to him of £7,500 in June 2010.


Mr Skidmore often cites former New Labour MP and secretary of State for Health, Alan Milburn, for his support of reforms, as a way of suggesting other Labour MPs and in particular current shadow health secretary Andy Burnham, are opposing the reforms for the sake of it. What he never mentions, are the connections Alan Milburn has in private healthcare. In 2008 his registered interests included being a member of Lloydspharmacy's Healthcare Advisory panel for which he was paid in the region of £30,000. In addition, Mr Milburn was a member of the European Advisory Board of Bridgepoint Capital Limited, the private equity firm which acquired Care UK, whose chairman John Nash bankrolled Andrew Lansley’s office just prior to the takeover. Mr Milburn, is hardly a flag-waver for a public sector NHS.

The changes imposed by the Health and Social Care Act, which had no mandate from either of the coalition parties, not only weakens our democracy, but speaks volumes about the attitude of today’s politicians. Sidling up to Murdoch, abusing their expenses, has done nothing to humble them. Now we are told the increase in private healthcare is necessary for the NHS to survive, and now Chris Skidmore is attending a panel discussion loaded with pro-reform panelists, where the debate is whether to abolish the NHS.

Do you believe Chris Skidmore will stand up for the NHS as he says he will?


Quotes on the bill: "One of the best bits about the Bill for me was the element of Any Qualified Provider"